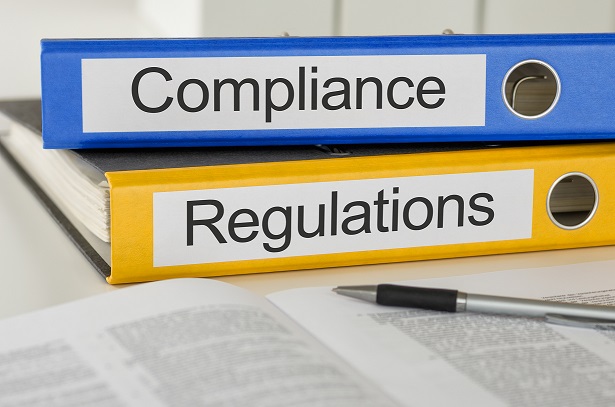 We are in the home stretch! Governor Newsom has until October 13, 2019 to sign or veto bills passed by the Legislature which, unless otherwise specified, will go into effect on January 1, 2020.  Here is where we are:

On September 24, 2019, the U.S. Department of Labor (“DOL”) (finally) announced its final rule to update and revise the Fair Labor Standards Act (“FLSA”) regarding the earnings requirements necessary to exempt executive, administrative, or professional employees from federal minimum wage and overtime pay. Effective January 1, 2020, the minimum salary threshold for a full-time, exempt employee will increase from $455 to $684 per week (or $35,568 per year). Employers are permitted to use nondiscretionary bonuses, incentives, and commissions, which are paid at least annually, to satisfy up to 10 percent of the minimum salary level for exempt status. If an employee does not earn enough nondiscretionary bonuses, incentives, or commissions in a 52-week period to maintain exempt status, the employer will have one pay period at the end of the 52-week period to make a “catch-up” payment. Furthermore, the total annual compensation level for highly compensated employees will increase from $100,000 to $107,432 per year. A copy of the DOL’s ruling can be found here: https://www.dol.gov/whd/overtime2019/overtime_FR.pdf. Note, however, California has higher salary requirements (generally twice the minimum wage), does not allow employers to include nondiscretionary bonuses, incentives, or commissions to meet the minimum salary threshold, and there is no highly compensated exemption.

In Epic Systems Corp. v. Lewis, the U.S. Supreme Court held that arbitration agreements with class and collective action waivers do not violate the National Labor Relations Act (“NLRA”) and are enforceable under the Federal Arbitration Act.  In light of this, the National Labor Relations Board (“NLRB”) recently made several important determinations regarding mandatory arbitration agreements and the NLRA. First, Section 8(a)(1) does not prohibit employers from issuing arbitration agreements in response to employees engaging in Section 7 protected concerted activities, including filing a wage/hour lawsuit. Second, Section 8(a)(1) does not prohibit employers from threatening to discharge employees who fail or refuse to sign a mandatory arbitration agreement. Third, the NLRB reaffirmed its long-standing precedent that Section 8(a)(1) prohibits employers from disciplining or discharging employees who engage in Section 7 protected concerted legal activity, which includes discussing wages and other employment terms and conditions with coworkers or filing a class or collective action with fellow employees over wages, hours and/or other employment terms and conditions. A copy of the NLRB’s decision can be found here: http://apps.nlrb.gov/link/document.aspx/09031d45828cd9ce

Misclassification of Employees as Independent Contractors, Alone, Does Not Violate the NLRA

Oto, LLC v. Ken Kho is a cautionary reminder to employers that although Federal and California law favor arbitration agreements, they must still be procedurally and substantively conscionable, especially when it comes to wage disputes. In Oto, the employer’s arbitration agreement prohibited employees from having their wage claims heard by administrative agencies such as the DLSE (known as “Berman hearings”). Generally, employees do not have to pay anything or even have an attorney at a Berman hearing, and filing administrative claims is easy. In this case, the employee was handed the arbitration agreement while he was working and asked to sign it then and there. The agreement was in English and in very small font, but the employee’s first language is Chinese. He was not given a copy of the agreement.  The agreement was silent as to who pays the costs of arbitration.

The California Supreme Court held the agreement was unenforceable because it was procedurally unconscionable and failed to provide an accessible and affordable forum in exchange for giving up the right to a Berman hearing. Employers may ensure an arbitration agreement is procedurally sound by: (1) providing the employee sufficient time to review, seek advice, and sign the agreement; (2) designating a knowledgeable individual who can explain the agreement’s contents and significance; (3) providing a copy of the agreement to the employee; (4) legibly drafting an agreement with large font, multiple paragraphs, short sentences, and simple words such that a layperson can easily understand; and 5) ensuring the agreement clearly states the employer is responsible for all arbitration costs. Substantively, the agreement should be drafted in away so that it clearly states the procedure to initiate arbitration and who pays for arbitration, and does not incorporate the costly, complex and time-consuming intricacies of civil litigation. Although this is not an exhaustive list, employers should be mindful to learn from the mistakes made in Oto when promulgating arbitration agreements.

Cal. Supreme Court Holds there is No PAGA Claim for Unpaid Wages under Labor Code § 558

In ZB, N.A. v. Superior Court, the California Supreme Court determined that employees cannot seek recovery of unpaid wages under Labor Code section 558 when suing solely under the Labor Code Private Attorneys’ General Act (“PAGA”). Labor Code section 558 states that employers who violate wage and hour laws under the Labor Code or Industrial Welfare Commission are subject to a civil penalty of $50 for the initial violation and $100 for every subsequent violation “for each underpaid employee for each pay period for which the employee was underpaid in addition to an amount sufficient to recover underpaid wages.” After confirming that there is no private right of action under Labor Code section 558, the Court found that the “in addition to” language differentiated the civil penalty from the recovery of unpaid wages, which it characterized as a victim-specific form of relief. Because the PAGA is not victim-specific, but rather deputizes an employee to recover civil penalties on behalf of the State of California, employees cannot recover unpaid wages through a Labor Code section 558 claim. Notably, the Court emphasized that its ruling does not impact the Labor Commissioner’s ability to bring an unpaid wage claim under Labor Code 558.

On-Duty Meal Periods: No Extra Premium But Must Still Have Downtime

The nature of certain industries or jobs prevents employees from being relieved from all duty for a 30-minute meal period.  In such cases, the Wage Orders permit employers and employees to voluntarily agree to a paid, on-duty meal period.  The question in Naranjo v. Spectrum Security Services, Inc. was whether employees must be paid the one-hour premium pay for not receiving an off-duty meal period. The Second Appellate District held that as long as the on-duty meal period agreement is lawful (i.e., the agreement is voluntary and the employee can revoke it at any time), then no additional pay is required, other than to pay for the work performed during the on-duty meal period. The appellate court also agreed with other courts that have ruled an employee cannot receive additional penalties under Labor Code §203 (waiting time) or Labor Coe §226 (wage statement) when an employee does not receive a meal or rest break and is not paid the one-hour premium pay.

In the wage/hour class action case Salazar v. McDonald’s Corp., the Ninth Circuit found no evidence that McDonald’s Corp. had the necessary level of control over the employees’ employment for a franchisee to make it a joint employer, even if it could have prevented some of the alleged wage and hour violations. There are three definitions that can establish an employment relationship: (1) to exercise control over wages, hours or working conditions, (2) to suffer or permit to work, or (3) to engage, thereby creating a common law relationship. The Ninth Circuit held that none of these definitions were satisfied: (1) McDonald’s did not retain a general right of control over the day-to-day aspects of work at the franchises and any direct control it did exert over the employees was to exercise quality control and maintain brand standards; (2) McDonald’s did not have the power to cause the employees to work or prevent them from working because it had no authority over hiring, direction, supervision, discipline, discharge or day-to-day activities; and (3) a franchise system alone does not constitute an employment relationship under California common law, which depends on a franchisor’s right to control the means and manner of work performed at the franchises.

For more information regarding these topics or the related practice area contact: