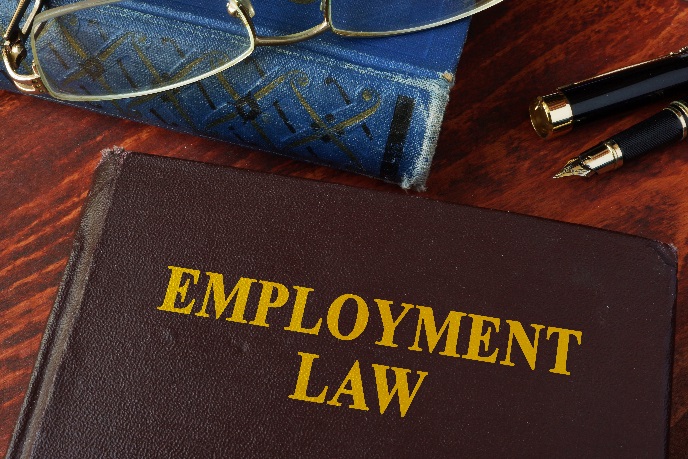 Don’t forget these new requirements going into effect in 2019:

Employers with 250+ employees, and employers with 20-249 employees in certain industries, must file an online Form 300A by December 31, 2018 for the 2017 reporting period.  Beginning in 2019, the deadline will be March 2 of each year for the prior reporting year.  To determine whether your company falls within the requirements, check Appendix H of California’s regulation on the issue, which can be found here: https://www.dir.ca.gov/dosh/doshreg/Recording-and-Reporting/Text-of-Amended-Regulation-Revised.pdf.

On November 8, 2018, the Department of Labor issued four more opinion letters regarding: (1) tip credits for employees with “dual jobs” (i.e., both tip producing and non-tip producing duties); (2) whether a swimming pool facility operator qualifies as an “amusement or recreational establishment”; (3) whether a guaranteed minimum weekly salary, plus additional hourly pay for extra hours worked, satisfies the salary exemption test; and (4) whether non-profit private volunteer fire departments qualify as “public agencies.”  Further information on these rulings can be found at: https://www.dol.gov/whd/opinion/search/fullsearch.htm.

In AMN Healthcare, Inc. v. Aya Healthcare Services, Inc., the Fourth Appellate District opined whether a confidentiality and non-disclosure agreement restricting former employees for a one-year period from soliciting other employees to leave their employer was enforceable under California Business and Professions Code §16600, which prohibits restraints in engaging in one’s profession, trade or business.  In this particular case, the employees were “travel nurse recruiters,” who recruited nurses for temporary 13-week assignments.  When the AMN recruiters changed employers to Aya Healthcare, their contracts prohibited them from reaching out to nurses who worked for AMN to accept these temporary assignments.  The trial court found the non-solicitation provision to be unlawful, and the Court of Appeal agreed: “Indeed, the broadly worded provision prevents individual defendants, for a period of at least one year after termination of employment with AMN, from either ‘directly or indirectly’ soliciting or recruiting, or causing others to solicit or induce, any employee of AMN. This provision clearly restrained individual defendants from practicing with Aya their chosen profession—recruiting travel nurses on 13-week assignments with AMN.”  The court questioned whether the long-established case Loral Corp. v. Moyes, 174 Cal. App. 3d 268 (1975), which upheld a contract restricting a former executive from “raiding” his former employer, finding it was tantamount to lawful competition, continues to be good law in light of B&P §16600’s prohibition on restraints of trade.  While the AMN Healthcare case ultimately may be limited to its facts, it also is possible that this case is opening the door to a future broader change in the law that all non-solicitation agreements are unlawful.

In Armendariz v. Foundation Health Psychcare Services, Inc., 24 Cal. 4th 83 (2000), the California Supreme Court set forth certain terms that must be included in an agreement to arbitrate statutory employment claims (i.e., neutral arbitrator, non-limitation of remedies, adequate discovery, written award, employer to bear arbitration costs above court-required costs.). Since then, the US Supreme Court has issued several decisions expanding the strength of employment arbitration agreements, and there has been an open question whether the Armendariz requirements are still valid in light of these rulings.  One appellate court has now opined that Armendariz is not dead, and in fact applies not only to employees but also others in similar situations seeking enforcement of statutory employment rights.  In Ramos v. Superior Court, plaintiff Constance Ramos was an income (non-equity) partner at the law firm Winston & Strawn LLP.  She entered into a partnership agreement with the firm, which included an arbitration clause.  After leaving, she sued for sex discrimination, retaliation, wrongful termination and anti-fair pay practices.  The trial court held the granted Winston & Strawn’s motion to compel arbitration.  The First Appellate District reversed.  The appellate court held that although the arbitration agreement was broad enough to encompass Ramos’ claims, because Ramos was seeking to enforce her unwaivable statutory rights and the law firm was in a superior bargaining position similar to an employee/employer relationship, just as in Armendariz, that the requirements under Armendariz were required for the arbitration agreement to be substantively conscionable.  In this case, the arbitration agreement did not satisfy the requirements, and the unconscionable provisions could not be severed, and thus the entire agreement was unenforceable.

Statutory Offers of Compromise for FEHA Claims are Essentially Dead

One way to incentivize parties to a litigation to come to a compromise rather than take a case to trial is for one party to make a statutory offer of compromise under California Code of Procedure §998 (aka a “998 offer”), which if the other party does not accept, and does not obtain a more favorable judgment at trial, could be liable for the other parties’ costs (including expert witness costs).  Effective January 1, 2019, FEHA is being amended to state that 998 offers will no longer be effective unless the lawsuit is found to be “frivolous, unreasonable, or groundless when brought, or the plaintiff continued to litigate after it clearly became so.”  The case Huerta v. Kava Holdings, Inc. answered the question whether 998 offers made prior to January 1, 2019 for such non-frivolous claims are valid.  The Second Appellate District concluded they are not.  This ruling will simply encourage plaintiff attorneys to churn costs and fees even more to drive up the value of the case.

In Hernandez v. Pacific Bell Telephone Co., employees who install and repair video and internet services in customer homes were given the option of taking company vehicles, loaded with company equipment and tools, home after their last work assignment rather than returning the vehicle to a central company garage at the end of the day.  However, if the employee chooses to take the company vehicle home, the employee must go directly home and cannot make any stops along the way.  The employee is not paid for the time spent commuting to the first customer home at the beginning of the day or commuting back home from the last customer of the day. If an employee chooses to return the vehicle to the garage, the employee is paid for the time it takes to travel back to the garage at the end of the day. The plaintiffs filed a class action, claiming that employees who chose to take company vehicles home should be compensated for their commute time because they were under their employer’s control due to transporting the company’s equipment and tools.  The Third Appellate District disagreed.  Because employees were not required to use company vehicles for their commute, they were not under control of the employer and therefore did not have to be compensated for their commute time.  Moreover, simply transporting tools and equipment during one’s commute is not compensable work where the employee does not have to expend any extra effort or time to transport the materials.