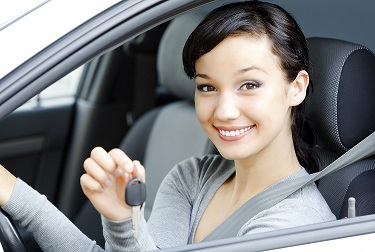 According to AIA, California has one of the strongest graduated driver licensing laws in the nation. A new evaluation of that licensing program by the Insurance Institute for Highway Safety (IIHS) finds a 23 percent overall reduction in per-capita crash involvement rate of 16-year old drivers.

‘As we approach the Labor Day weekend, which history has shown to be one of the most dangerous times of the year on our nation’s roadways, it is encouraging to see the results of this important, new IIHS study,’ stated David Snyder, AIA vice president and assistant general counsel. ‘Clearly, well-constructed graduated licensing laws work. And this is true not just in California, but nationwide.’

Traditionally, states have required beginning teenage drivers to have very little experience before obtaining licenses that let them drive whenever and wherever they want. In 1995, only 30 states required a learner’s permit, and only 11 required the permit to be held for a minimum period, ranging from 14 days to 90 days.

‘In 2004, 5,610 teenagers died in the U.S. from motor vehicle crash injuries. Such injuries are, by far, the leading public health problem for young people aged 13 to 19,’ Snyder said.
Snyder noted that teenage drivers have very high rates of both fatal and nonfatal crashes compared with drivers of other ages, noting ‘relative immaturity and lack of driving experience’ as the main reasons. ‘Compared with older drivers, teenagers as a group are more willing to take risks and less likely to use seat belts,’ he added. ‘They also are more likely than older drivers to underestimate dangers associated with hazardous situations, and less able to successfully cope with such dangers.’

The recent strengthening of the California law raised the minimum age for a learner’s permit from 15 to 15 ½, started the nighttime driving restriction at 11 p.m. instead of midnight, and extended passenger restrictions to cover the first year of licensure, instead of just the first six months. This last factor is particularly important, because research by IIHS and other organizations have demonstrated that the presence of teenage passengers in vehicles with young drivers increases crash risk substantially when compared to the young driver being alone in the vehicle. Also, studies show that the more teenage passengers, the greater the risk, whether the driving is done during the day or at night.

‘Teen passengers tend to distract young drivers, as well as encourage risky driving behavior,’ Snyder said. ‘At the beginning stages of driving, inattentiveness to the complex task of driving – or taking needless risks, such as excessive speeding, racing other vehicles, or taking off seat belts – can have disastrous consequences.’

According to the IIHS and federal government statistics, 62 percent of teenage passenger deaths in 2004 occurred in crashes in which another teenager was driving. Teenagers far exceed all other age groups in terms of per capita deaths as both drivers and passengers, but their passenger fatality rates are much more extreme compared with those of older drivers. Among teenage drivers, 16 year-olds have by far the highest rates of teenage passenger deaths in their vehicles per licensed driver and per mile driven.

‘The seriousness of teenage driver crashes has been recognized for decades, and most public policies have had little impact on the problem,’ said Snyder. ‘California legislators are to be commended for filling in the gaps in the graduated licensing system in an effort to reduce teenage crashes and the deaths and injuries they cause.'” Source AIA.