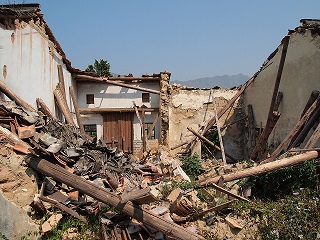 Upon investigation of the claim, the insurer denied coverage finding that weather conditions, primarily heavy rainfall, brought about the damage to the property.

The policy in question contained a ‘weather conditions’ clause, which excluded coverage for claims in which weather conditions contributed ‘in any way’ to damages arising from earth movement or water damage. The homeowner argued that application of the ‘in any way’ language served to make coverage illusory under the policy, which is in violation of California Insurance Code section 530 and the efficient proximate cause doctrine.

The Supreme Court disagreed, finding that the insurer was entitled to exclude coverage for the landslide, which clearly resulted from heavy rains and not some other remote peril.
Julian v. Hartford Underwriters Insurance Company, 35 Cal.4th 747, 110 P.3d 903, 27 Cal.Rptr.3d 648 (Cal. 2005).”