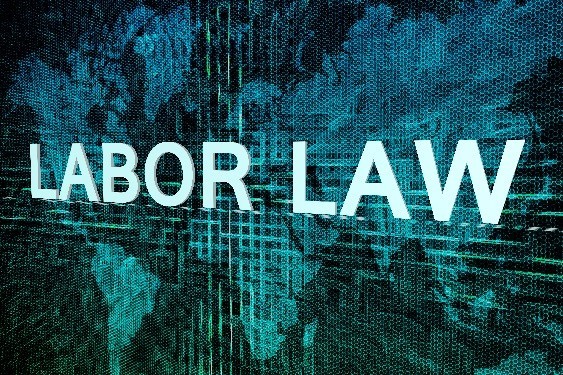 Arbitration Agreements Can Empower Arbitrators to Determine Arbitrability of Claims

In the United States Supreme Court Justice Kavanaugh’s first written opinion, a unanimous court held that when an arbitration agreement delegates the authority to determine whether a claim is “arbitrable” in the first instance to the arbitrator, the arbitrability decision must be made by the arbitrator. A court cannot decide whether the claim is arbitrable, even if the argument for arbitration is wholly groundless. The contract must be enforced, and an arbitrator must make the “gateway” decision as to whether the claim is arbitrable.

In Gerard v. Orange Coast Memorial Center, the plaintiffs were healthcare workers who voluntarily waived their second meal periods when they worked for more than 12 hours on a shift.  Industrial Welfare Commission Wage Order 5, which covers the healthcare industry, permits waivers of second meal periods for healthcare workers even if their shift exceeds 12 hours. Most wage orders and the Labor Code generally limit second period waivers to employees who work more than 10 but less than 12 hours. The plaintiffs alleged their second meal period waivers violated the California Labor Code.  The California Supreme Court disagreed, finding the Wage Order did not violate the Labor Code.

In Duffey v. Tender Heart Home Care Agency, LLC, the plaintiff sued for overtime wages under the California Domestic Worker Bill of Rights (“DWBR”).  The company contended the plaintiff was an independent contractor.  The trial court concluded the common law test set forth in S.G. Borello & Sons, Inc. v. Department of Industrial Relations, 48 Cal. 3d 341 (1989) governed, and under that test, the undisputed facts proved plaintiff was an independent contractor. After a lengthy discussion on the common law test and the new case Dynamex Operations West, Inc. v. Superior Court, 4 Cal. 5th 903 (2018), the First Appellate District concluded the DWBR has two definitions of employment: “(1) when the hiring entity exercises control over the wages, hours, or working conditions of a domestic worker; or (2) when a common law employment relationship has been formed.”  Applying these tests, the court of appeal found triable issues of fact over whether the hiring entity exercised control over the plaintiff’s wages and factors in the common law test.

In Donohoe v. AMN Services, LLC, the Fourth Appellate District upheld an employer’s practice of rounding employees’ time by up to ten minutes, even with meal periods. The court found the policy to be “fair and neutral,” favoring neither underpayment or overpayment, in that rounding occurred both in the employees’ favor and the employer’s favor depending on the direction of the rounding, and in fact employees ended up with more compensation as a result. Accordingly, the rounding policy was acceptable.

In Ward v. Tilly’s Inc., the employer had an “on call shift” system, in which employees called in two hours before their on-call shift started to find out whether they should actually appear at work.  If the employee was called into work, then the employee was paid for the shift; if the employee was not called into work, then no compensation was paid. The plaintiff challenged this system, contending that it equated to reporting time pay under Wage Order 7-2001. The Second Appellate District agreed with the plaintiff. The court found that on-call shifts burden employees, who cannot accept other jobs, go to school or make social plans during on-call shifts, but are not compensated unless they are called into work. “This is precisely the kind of abuse that reporting time pay was designed to discourage.”  The court ruled that the reporting time pay requirement that the employee “report to work” is not restricted to only physically appearing at work and being turned away; in order to carry out the purpose of the statute, it also means calling in for on-call shifts and being told not to come into work. As the court explained, “’report[ing] for work’ within the meaning of the wage order is best understood as presenting oneself as ordered. ‘Report for work,’ in other words, does not have a single meaning, but instead is defined by the party who directs the manner in which the employee is to present himself or herself for work—that is, by the employer.” Lesson to be learned: check whether your company requires employees to call in on short notice for schedule information.

Starbucks had a policy that when an employee was scheduled to work five or less hours, they were not scheduled for a meal break. Thus, if the employee ultimately ended up working slightly more than five hours, the employee was deprived of a meal break before the end of the fifth hour of work.  In Carrington v. Starbucks Corp., the Fourth Appellate District held that Starbucks was not in compliance with the Labor Code or Wage Order when this happened.  However, because Starbucks immediately changed its policy when it discovered this problem, and showed its good faith attempt to comply with the law, and the low frequency of this occurring, the appellate court upheld the trial court’s assessment of a civil penalty under PAGA of only $5 per occurrence (instead of $50 per occurrence), for a total of $150,000.

In Nisei Farmers League v. California Labor and Workforce Development Agency, the plaintiffs challenged the constitutionality of Labor Code §226.2, enacted in 2016, setting forth requirements for piece-rate compensation.  The Fifth Appellate District upheld the trial court’s decision to sustain the defendants’ demurrer, finding that the statute was not unconstitutionally vague on its face, and the case was dismissed.

A “One Size Fits All” FCRA Disclosure Form is Unlawful

In Gilberg v. California Check Cashing Stores, LLC, the company had a disclosure form it gave to employees prior to running a consumer report, as required under the Fair Credit Reporting Act (“FCRA”) and California’s Investigative Consumer Reporting Agencies Act (“ICRRA”).  The FCRA and ICRRA require the disclosure form to be a “standalone” document that is “clear and conspicuous.”  In this case, the employer had locations across the country, and included in the disclosure form a list of six state-specific required disclosures. The Ninth Circuit found that while the disclosure form was “conspicuous” (i.e., the font size was large enough), it was not “clear” because it contained extraneous disclosures related to states other than California.  Lesson to be learned: check your disclosure forms to ensure they do not include any extraneous or confusing information, including information related to other jurisdictions.

A new legislative cycle has begun, and the race is on to introduce new bills, with a deadline of February 22. Some are repeats that were unsuccessful last year, others range from sexual harassment to the Dynamex case.  Here is a list of proposed bills to watch:

Due to the partial government shutdown, the opening date for the EEO-1 survey has been pushed to early March, and the deadline to provide data is May 31, 2019.  The exact opening date is yet to be determined. Check the following website for updates: https://www.eeoc.gov/employers/eeo1survey/index.cfm.

The Department of Labor issued two more opinion letters on December 21, 2019. The first addresses determining minimum wage and overtime compliance for employees with varying average wage rates. If your company pays employees varying rates, you may want to review the letter here:
https://www.dol.gov/whd/opinion/FLSA/2018/2018_12_21_28_FLSA.pdf.

If you are a member of an egalitarian religious commune dedicated to sharing in a community of goods, then read:
https://www.dol.gov/whd/opinion/FLSA/2018/2018_12_21_29_FLSA.pdf.